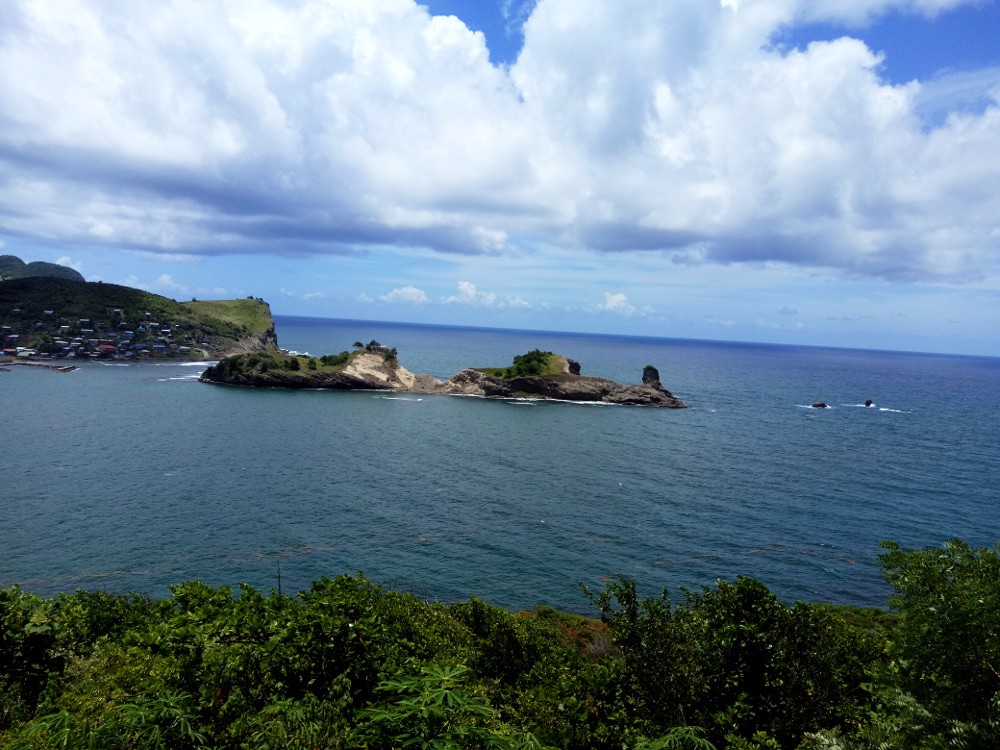 Saint Lucia is a Caribbean Island under the British Commonwealth. It is located centrally in the OECS region and is a prominent member of Organization of American states (http://www.oas.org ). All major airlines like American Airlines, US Airways, Air Canada, Delta Air Lines, American Eagle, British Airways, Virgin Atlantic, LIAT and Caribbean Star flies to Saint Lucia. It has two airports – Hewanorra International Airport at Vieux Fort and George F. L. Charles Airport near Castries. Saint Lucia is a destination travelers dream about as it is a small lush tropical gem that is still relatively unknown. One of the Windward Islands of the Lesser Antilles, it is located midway down the Eastern Caribbean chain, between Martinique and St. Vincent, and north of Barbados. The Atlantic Ocean kisses its eastern shore, while the beaches of the west coast owe their beauty to the calm Caribbean Sea.

US Dollars are readily accepted throughout the island ,however the currency of Saint Lucia is the Eastern Caribbean Dollar which is linked to the US Dollar at the exchange rate of US$1 to EC$2.7. Most hotels will exchange reasonable amounts of foreign currency, and there are change bureaus in Castries. The National Commercial Bank (NCB) has a branch at Hewanorra International Airport where EC Dollars can be exchanged for foreign currency. It is open daily from 12:30pm until the last flight departs.

Saint Lucia’s climate is hot and tropical, with an average annual temperature of 26* C (79* F) and mild trade winds for a good portion of the year. Lying in the path of the trade winds Saint Lucia has year-round temperatures of 70* to 90*F. Humidity ranges from 66 – 94%. Summer temperatures range from 75 to 95 F and in the winter from 65 to 85F. Temperature is never an issue in Saint Lucia, making it a year-round destination for beach lovers. The average daily high is always within spitting distance of a balmy 80*F (27*C). December-May is the driest and coolest time, with day temperatures in the 70s-80s F/23-32 C and night temperatures in the 60s-70s F/15-27 C. During the hottest time of year (June-August), daytime temperatures can reach the 90s F/32-37 C. The rainy season is June-November, but don’t expect a constant downpour. Rather, there are numerous short but incredibly intense showers. Trade winds provide breezes year-round, regardless of the season. The average annual rainfall is 152 centimeters (60 inches). The winter is relatively more dry.

Students should bring cool, comfortable clothing. formal pants shirts with tie appreciated for the school but during learning environment comes with the school dress-code for MD’s comes with scrub and Nursing students must wear uniform as per the student dress code rules .

Banks are located through out Saint Lucia Major international banks located through out Saint Lucia, major bank’s credit and debit cards are widely accepted at all large shopping centers, restaurants, hotels, etc but contact the admission coordinator to open a customized NRO account, even if it is a joint account with your parents, it will be a good option for convenient and economical way to transact money contact the admission coordinator to know more about the accounts.

Crime is not frequent in Saint Lucia, this destination considered to be relatively safer place in OECS. However common sense should prevail when traveling abroad not to make large displays of wealth (by wearing expensive jewelry, producing large wads of cash, etc.). Crimes of any sort should be reported to the school.

All the personnel belongings of the students are exempted from tax, how ever if the students want to ship any thing further duty will be levied as per the market rate.

Greenwich Mean Time minus four hours
Eastern Standard Time plus one hour. (Summer New York time)
Lost Property: Lost property should be reported to the school first which in turn will inform the nearest police station.

-The main newspaper is “The Voice,” which is issued three times a week. There are five weekly papers: “The Star”, “The Crusader”, “The Vanguard” and “The Mirror,”

-There are two Saint Lucian television stations: HTS and DBS. Both broadcast news and current affairs in the night. There are also several American and Canadian channels available.

There are Post Offices in most towns. Hours are 8:30am – 4:30pm, Monday to Friday and also most of the international courier companies such as FEDEX and DHL serving Saint Lucia.

There is a government tax of 8% on hotel and restaurant bills, in addition to a service charge of 10%. In some cases, these charges are included in prices quoted.

International direct dial service is widely available throughout the island. Credit card calls can be made through local operators or through AT&T, the school student coordinator will provide a cell phone sim card for all the students at the cost of $25 but it is strongly recommended to bring unlocked triband cell phones from your country.

-Immunization is required and the immunization certificate must be produced to the admission coordinator. (vital Immunization along with H1-B is important one)

-Medical examination certificate (the test for HIV, TB and other communicable diseases)

-CUCOM has a dedicated sick bay, a student nurse and doctors on call.

There are six medical facilities and several pharmacies near the campus.

This website uses cookies to improve your experience while you navigate through the website. Out of these cookies, the cookies that are categorized as necessary are stored on your browser as they are essential for the working of basic functionalities of the website. We also use third-party cookies that help us analyze and understand how you use this website. These cookies will be stored in your browser only with your consent. You also have the option to opt-out of these cookies. But opting out of some of these cookies may have an effect on your browsing experience.
Necessary Always Enabled
Necessary cookies are absolutely essential for the website to function properly. This category only includes cookies that ensures basic functionalities and security features of the website. These cookies do not store any personal information.
Non-necessary
Any cookies that may not be particularly necessary for the website to function and is used specifically to collect user personal data via analytics, ads, other embedded contents are termed as non-necessary cookies. It is mandatory to procure user consent prior to running these cookies on your website.
SAVE & ACCEPT